The primate trail lost one of its longest-lived residents when we said goodbye to Kelly, our female black-handed spider monkey, last week. Born at the Phoenix Zoo nearly 43 years ago, Kelly spent her entire life at our Zoo. In fact, there are only a couple of spider monkeys older than Kelly in the entire AZA population.

Kelly had a lot of roommates and a lot of keepers during her life. Everyone who knew Kelly has a favorite story to tell, whether it was of the two-headed monster she formed with her sister, Debbie, when they didn’t like what their keeper was doing or when she repurposed her belly or her arm as a plate to hold her mealworms while she ate. Kelly had a way of being both mildly intimidating and completely charming, often at the same time. She had a big personality in that lanky body. Kelly knew when a keeper was a “primate person,” and she absolutely knew when they weren’t. And she may have used that to her advantage a time or two.

Kelly loved tomatoes and soaking her biscuits in her water dish when keepers didn’t soften them quite enough for her standards. On hot summer days you could often find Kelly dipping her belly in her pond or her lake to cool off. A keeper’s daily routine, regardless of what other animals they were seeing that day, was often dictated by Kelly, who sometimes seemed to decide when and if she was going to shift on a total whim. But while everyone saw that feisty spirit, the lucky ones also got to catch her laughing while wrestling with her sister. We got to see her greeting hugs with Bruno when they had been away from each other for a bit. We got to see her soft side.

The primate keepers will miss the excited greeting we got every time we drove up to her night house or offered her an especially tasty treat. We will miss Kelly’s wise blue eyes, the little curl at the end of her tail, and her telling us what the plan is for the day.

Our days will be a bit more predictable without her. 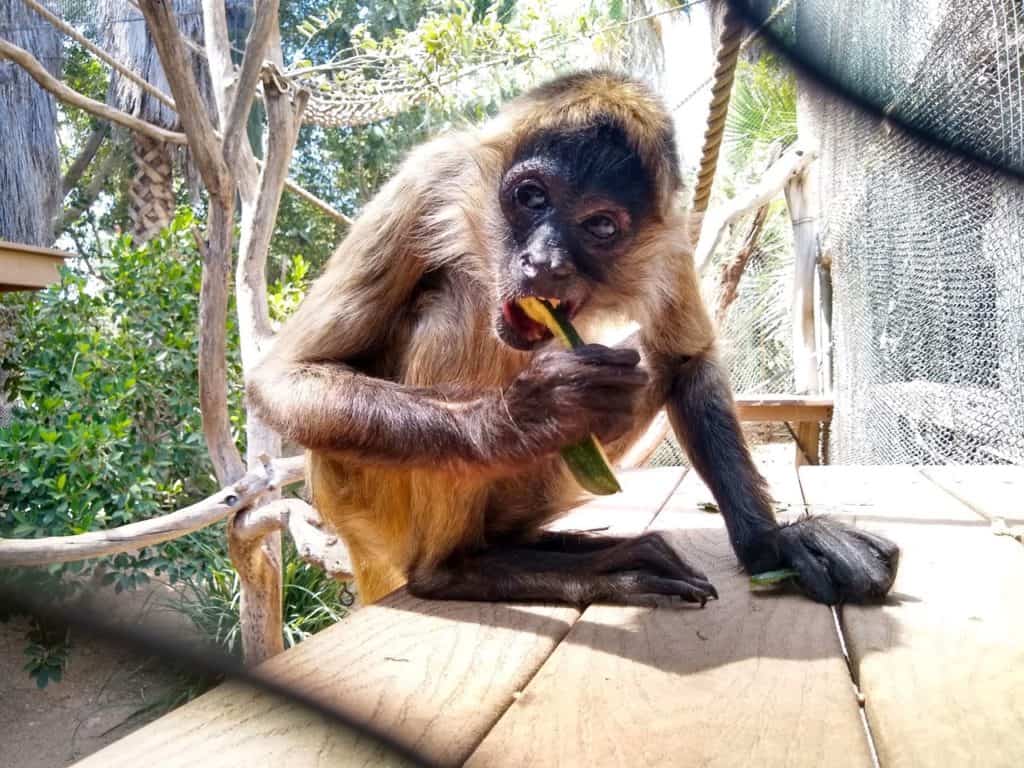