Male and female three-toed box turtles may appear to be the same, but you can look at their eyes to get a hint at who is whom. Males, like the Zoo’s ambassador animal, Tippy, have light red or orange eyes. Females have dark red or brown eyes.

Are turtles and tortoises the same? They may both have shells, but their habitat preferences can differ. While turtles are better adapted for an aquatic or semi-aquatic lifestyle, tortoises are typically too heavy to swim and get around more often on solid ground. Box turtles are an exception. The three-toed box turtle spends its days leading a terrestrial life and occasionally enjoying time in shallow water. However, this turtle is not a swimmer.

What’s in the box?

Box turtles aren’t shaped like boxes. They get their name from the fact that they can completely close their shells. Their bottom shell, or plastron, has a hinge that allows them to protect their limbs and head in the event of a predator attack. Many other turtle and tortoise species can only pull their bodies partially into their shells, leaving them vulnerable. 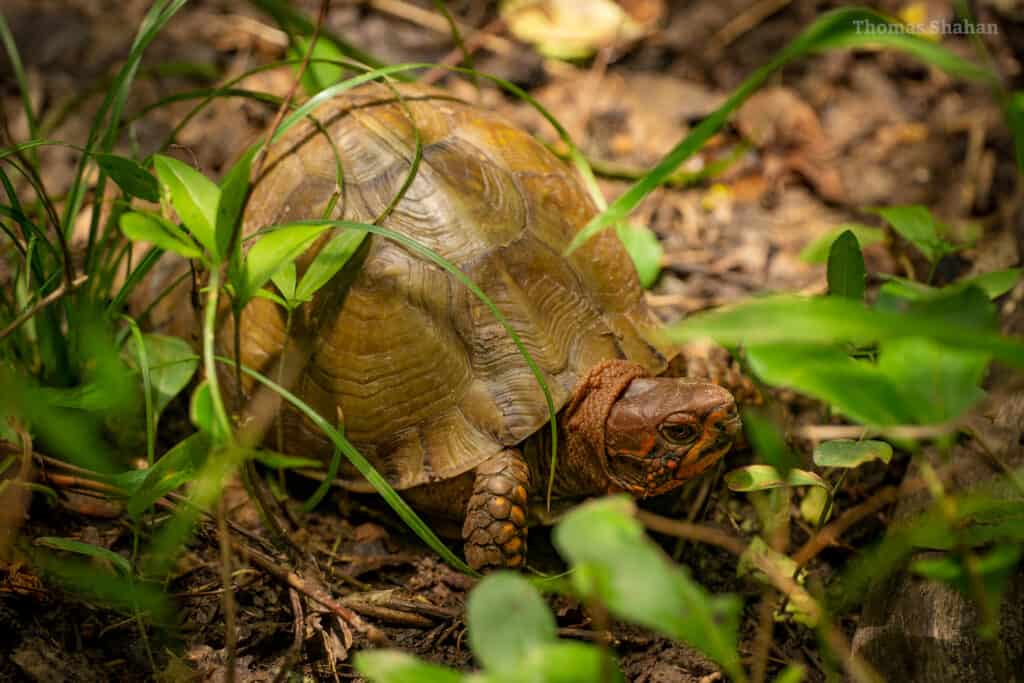